Robert F. Kennedy Human Rights is excited to announce two new members to its Leadership Council, Jane Alexander and Kathryn Erbe. On and off the screen, both these women have been pillars of their community, striving to make the world a better place through various causes. We are honored to have them join us as we fight for equality, justice and human rights for all. 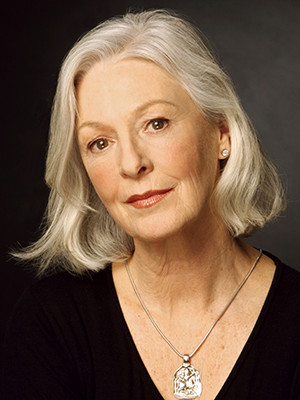 “When all human beings share the same rights and privileges we can expect a world where people extend those rights to all living things and to our communal home, Earth. I am grateful to be on the Leadership Council of the Robert F. Kennedy Human Rights Organization to work toward these goals.”

Jane Alexander is an actress, a writer and a conservationist. She chaired the National Endowment for the Arts under President Clinton from 1993-97. Her chronicle of those turbulent years, Command Performance, An Actress in the Theatre of Politics, was a New York Times Notable Book in 2000.

A Tony Award winner, Alexander has performed in over a hundred plays on Broadway, off-Broadway, London and in regional theatres nationwide. She was inducted into the Theatre Hall of Fame in 1994. Her long film career includes four Academy Award nominations, for the The Great White Hope, All The President’s Men, Kramer vs. Kramer and Testament. In over 40 television movies she has been honored with two Emmys, for the roles of Alma Rose in Playing For Time and Sara Delano Roosevelt in Warm Springs. Other award winning roles were as Eleanor Roosevelt, Calamity Jane, Georgia O’Keeffe, and Hedda Hopper. In Canada she appeared in the celebrated TV series The Book Of Negroes, and in the series Forgive Me, for which she won the ACTRA Maritimes Award.

Jane is a noted speaker who has received honorary degrees from many colleges and universities. A dedicated conservationist and birder, Jane was a Trustee of the Wildlife Conservation Society, a board member of the American Bird Conservancy, the American Birding Association, and a Commissioner of New York State Parks. She currently sits on the board of the National Audubon Society, the Global Advisory Group of BirdLife International and she co-chairs the Conservation Council of Panthera. In 2012 the Indianapolis Prize inaugurated the Jane Alexander Global Wildlife Ambassador Award, and Jane was its first recipient. Her recent book is Wild Things, Wild Places about her travels with field biologists and conservation. 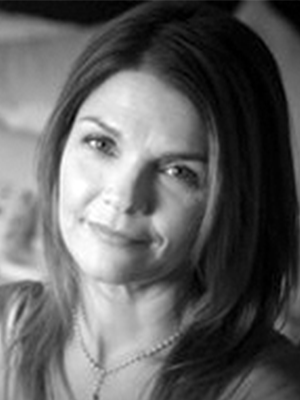 “I am humbled and inspired by the work Robert F. Kennedy Human Rights is doing every day, all over the world. I am grateful to help support that work in all the ways I can.”

Erbe’s television credits include playing the infamous death row inmate Shirley Bellinger on the acclaimed HBO series Oz. She also appeared on FX’s Pose, USA’s The Sinner, NBC’s Homicide: Life on the Street, the miniseries George Wallace, Showtime’s original production of Naked City: Justice with a Bullet, ABC’s Conviction,  How To Get Away with Murder, Showtime’s Billions, CBS’s Blue Bloods, Elementary, Instinct, as well as Marvel’s The Gifted.

Erbe also gained notice in the 1999 box office hit Stir of Echoes opposite Kevin Bacon and Dream with the Fishes with David Arquette.  Her additional film credits include Entropy, Kiss of Death, D2: The Mighty Ducks, Rich in Love, What About Bob?, and Speaking of Sex with Lara Flynn Boyle and Bill Murray. Erbe also filmed Three Backyards, starring opposite Embeth Davidtz and Edie Falco, Mother’s House, Worst Friend’s, The Love Guide with Parker Posey, Mistress America, No Beast So Fierce and Assassination Nation.

Before appearing in feature films, Erbe began her career on the stage.  She is a member of the Steppenwolf Theater Company and has starred in many of their productions, including Tennessee Williams’ A Streetcar Named Desire as Stella, Curse of the Starving Class and My Thing of Love.  She earned a Tony® Award nomination in 1991 for her portrayal of Mary in Speed of Darkness. Erbe is also an active member of the Atlantic Theatre Company. Erbe has recently focused her attention to the theater appearing as Pat Nixon in The Vineyard’s Checkers, Natasha in Lincoln Center’s Nikolai and The Others, Sue in TACT’s Natural Affection, Mother in Afghanistan, Zimbabwe, America, Kuwait as well as Adele in Rattlestick’s production of Craig Lucas’ play Ode to Joy. Erbe was last seen, on stage, co-starring alongside Frank Langella in MTC Tony Nominated Broadway production of The Father.

Erbe has worked with Bryan Doerries Theatre Of War for the past 7 years fulfilling a career long dream of using theater for social change and service. She is on the board of Seeding Sovereignty, The Vineyard Theatre and a very proud member of Black Lives Matter Greater New York.